‘Congratulations on a splendid first concert.
`Hoot` certainly gave a most enjoyable and  excellent performance, and had a delightful rapport with the audience. ‘ 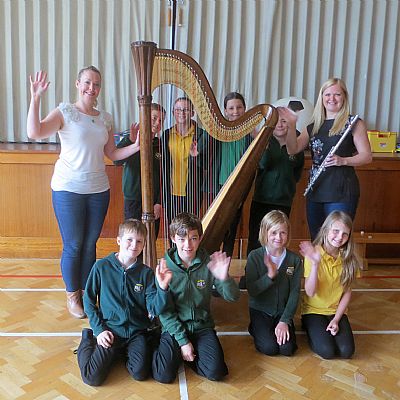 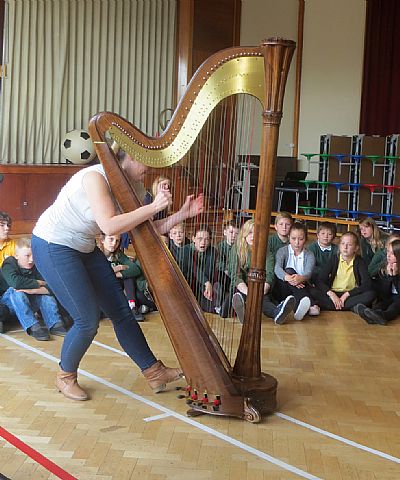 'Hoot'  gave a sparkling performance for the opening concert of the new 'Music in Thurso' season last Thursday at Thurso West Church.  Emma Wilkins (flute) and Helen MacLeod (harp) quickly established an excellent rapport with the audience of over 100, ages ranging from 8 to 97. Their repertoire was varied and included new works by Scottish and New Zealand composers as well as more familiar works by Bach and Debussy.

The duo also gave an hour-long workshop at Pennyland Primary School last Friday morning.  Primary 6 & 7 pupils were treated to a host of different music including Lord of the Rings, Titanic and traditional tunes from Ireland, as well as learning about special effects on both the harp and the flute.  This interactive session was thoroughly enjoyed by both the performers and audience.  'Music in Thurso' was grateful to Vulcan for supporting this workshop.

'Music in Thurso's next concert sees rising star Sean Shibe giving a classical guitar recital on Friday 13th November. Edinburgh-based Sean Shibe is a new talent and his playing has been compared to the great guitarist John Williams.